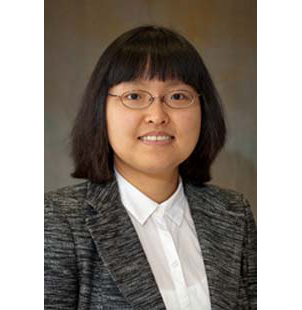 Dr. Yue “Sophie” Wang is the Warren H. Owen – Duke Energy Associate Professor of Engineering and the Director of the I2R laboratory in the Mechanical Engineering Department at Clemson University. She received a Ph.D. degree in Mechanical Engineering from the Worcester Polytechnic Institute in 2011 and held a postdoctoral position in Electrical Engineering at the University of Notre Dame from 2011 to 2012. Her research interests are the control of human-robot collaboration systems, symbolic robot motion planning, multi-agent systems, and cyber-physical systems. Dr. Wang has received an AFOSR YIP award in 2016, an NSF CAREER award in 2015, Air Force Summer Faculty Fellowship in 2015 and 2016, respectively, and the Clemson University Mechanical Engineering Eastman Chemical Award for Excellence in 2015. Her research has been supported by NSF, AFOSR, AFRL, ARO, NASA EPSCoR, and Clemson University. Dr. Wang is a senior member of IEEE, and a member of ASME and AIAA. She serves as the Co-Chair of the IEEE Control System Society Technical Committee on Manufacturing Automation and Robotic Control since 2013.