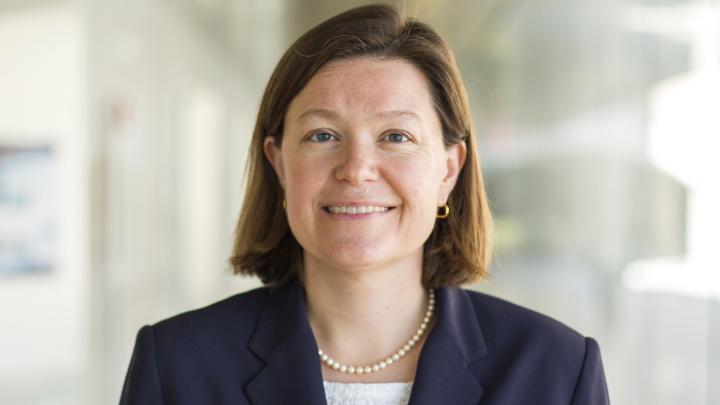 Dawn M. Tilbury received the B.S. degree in Electrical Engineering, summa cum laude, from the University of Minnesota in 1989, and the M.S. and Ph.D. degrees in Electrical Engineering and Computer Sciences from the University of California, Berkeley, in 1992 and 1994, respectively. In 1995, she joined the Mechanical Engineering Department at the University of Michigan, Ann Arbor, where she is currently, with a joint appointment as Professor of EECS. She is co-author (with Joseph Hellerstein, Yixin Diao, and Sujay Parekh) of the textbook Feedback Control of Computing Systems. She received an NSF CAREER award in 1999, and is the 2001 recipient of the Donald P. Eckman Award of the American Automatic Control Council, 2012 Society of Women Engineers Distinguished Engineering Educator Award, and the 2014 ASME Dynamic Systems and Control Division Michael Rabins Leadership Award, and has been selected for the 2014 Willie Hobbs Moore Trailblazer Award. Her research interests include distributed control of mechanical systems with network communication, logic control of manufacturing systems, and dynamic modeling and control of physiological systems. She is a Fellow of ASME, IEEE, and SWE. She previously served as Chair of the ASME Dynamic Systems and Control Division Executive Committee (2011-2012), Program Chair of the 2012 ACC and now General Chair of the 2014 ACC. Dr. Tilbury has been selected to be assistant director of NSF’s Directorate for engineering, beginning June 2017 for up to a four-year term. She most recently served as chair of the College of Engineering Steering Committee on Advanced Manufacturing after a 3 year stint as the Associate Dean for Research and Graduate Education, College of Engineering, U of M (2014-2016).