Back to all projects

Surviving a Crash in a Light Tactical Vehicle: A Study on Airbags Combining Testing, Modeling, and Optimization 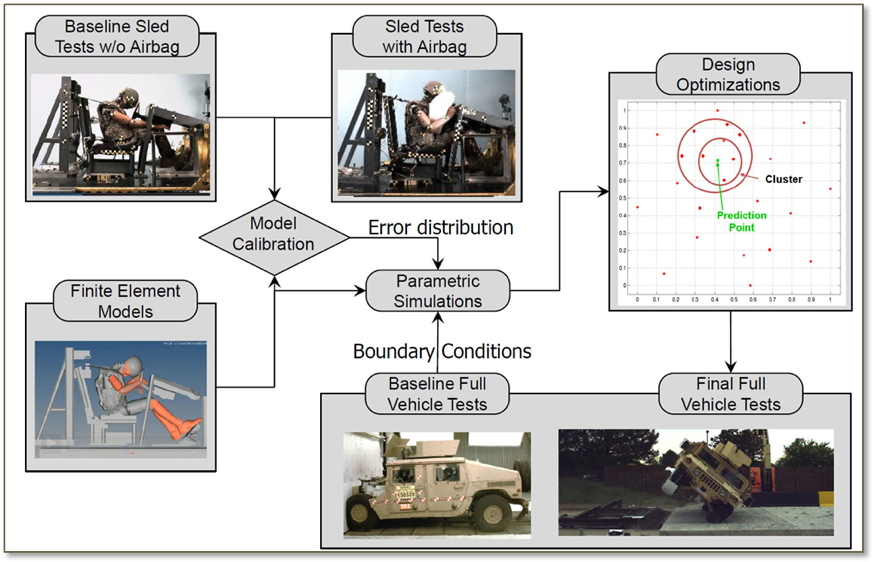 The objective of this study was to optimize the restraint systems for tactical vehicle occupants using an innovative combination of simulation and physical testing guided by calibration-based optimization. Two full vehicle crash tests in frontal and rollover impacts were conducted to understand vehicle kinematics. Three series of (a total of 50) sled tests were used to quantify the effects from occupant body size, military gear, and seatbelt and airbag characteristics on occupant kinematics and injury risks. These tests have been used to validate a set of finite element (FE) models of occupants, body armor, body borne gear, and restraints. Hundreds of FE simulations and design optimization were conducted, which demonstrated the benefit of using airbags for protecting tactical vehicle occupants.

The results of this study yield a better understanding of military gear effects on occupant injury risks in crashes, and significant improvement of occupant protection in frontal crashes (up to 80% drop in injury measures). In addition, a new rollover testing protocol and a new restraint system design method have been created.